If you’re on the hunt for a baby name with meaning, an Irish name might be just what you’re looking for. Read on for over 150 of the best Irish baby names for both boys and girls (with pronunciation)!

As someone with Irish roots who was graced with an incredibly Irish first name (and one of the more unique Irish names), it’s hard to NOT put together a list of some of the best Irish baby names! They’re strong, timeless and with their unique spellings and pronunciations can also feel a little bit magical, especially if you have Irish heritage.

Many of the baby names on this list can also be categorized as unisex baby names, which makes for an even more unique name many times.

Choosing a baby name is a uniquely personal choice, and can also be an incredibly fun decision. Let this list of more than 150 of the best Irish baby names help you as you name your decision!

I’ve also included a short, basic phonetic pronunciation for each name, as Irish baby names can be notoriously challenging for many people. If there’s a name that sparks your interest, I recommend heading to YouTube to listen to different recorded pronunciations of it.

To make it easier to find the perfect name, I’ve split them into two sections: the best Irish Baby Girl Names, and the Best Irish Baby Boy Names. Included are traditional Irish names, unusual Irish baby names, and some great gender-neutral options, too.

Congratulations on that sweet baby girl headed your way! Read on for some of the best Irish baby girl names!

Abigail – (AEB-ih-GeyL) Of Gaelic origin, Abigail is a traditional name that can take many nicknames, such as Abby, Gail, or Gael. There are also a couple other spellings, such as Abaigael and Abaigeal.

Aine – (on-yah or awn-yah) Áine means “radiance” and was the name of the Irish Celtic goddess of wealth and summer.

Aisling – (Ash-lean) Aisling means a “dream” or “vision”. Short form is Ash. It refers to an aisling, a poetic genre that developed during the late 17th and 18th century in Irish language genre poetry.

Alannah –(uh-laa-nuh or e-LAN-uh) This means “precious” or “child” Alana, Alanna, or Alannah can be derived either from the Old High German word for “precious” or from the Irish language term “a leanbh” for “child.” In Gaelic, Alanna is the term for “beauty” or “serenity.”

Betha – (BEH-THAH) The meaning of the name Betha, is “life,” “livelihood” or “pledged to God.” It’s a diminutive form of of Elizabeth.

Blair– (BLehR) This popular name means child of the fields.

Bridget – (brij-it) Means “power, strength, vigor, virtue.” An alternate meaning of the name is “exalted one.” Can also be spelled Bridgid or Brighid.

Calli – (Cal-lee) Meaning most beautiful, it is often used as a pet form of Callista. Variations include Callie, Callee, Caly, Kallie, Cali, and Calla.

Cara – (CAR-a or CARE-uh) Cara means beloved or friend, and the names Carina, Cherie, and Cheryl derive from it.

Cordelia – (Kawr-DEL-ee-ə/kawr-DEL-yə) The name Cordelia means “of the sea” or “jewel of the sea.”

Daimhin – (daw – veen) From damh “deer” and the diminutive -in, this charming name means little deer.

Daire – (Dah- rah) The name Daire, means “fruitful” or “fertile” and is of Irish origin.

Delaney – (DUH -lay -nee) The Gaelic meaning of this Irish last name is “child of dark defiance” and in English it means “from the alder grove.”

Deidre – (DEE-uh-dree or DAY-DRUH) The name Deirdre, means “she who chatters.” Alternative spelling is Deidra.

Dervil – (Der-uh-vil) This old Irish name may mean “daughter of Fal (Ireland)” or “daughter of a poet” and may also mean “true desire.”

Eireann – (Eh-re-ann Eh) Meaning “belonging to the Erainn.” The Erainn were the 2nd of the Celtic groups to come to Ireland.

Fallon– (FA-lehn) A rather strong Irish surname and unisex baby name meaning ruler or “in charge.”

Gail – (GAYL) Gail is influenced by the word Gael, the Celtic tribe from which the Irish are descended, according to legend.

Grainne – (Grawn-ya or Grah-nya) The meaning of the name Grainne is “charming” or “love.” Grianne was a legendary Gaelic heroine.

Haley– (Hay-lee) Meaning “ingenious” and is often a surname. Variations of the Irish spelling include Hailey and Halle.

Hiolair – (HAY-AHLEH-R) The name Hiolair means “joyous” and “cheerful.” It is also the Irish version of the name Hillary.

Iona – (Ay- OH- nuh) St. Colmcille founded his monastery on Iona, the island between Ireland and Scotland, in 563 AD, and thus the name is associated with “blessed.”

Kathleen – (KATH-leeyn) The name Kathleen, means “pure” and is a traditional Irish name.

Keela –  (kie-la) Keela is a gorgeous baby girl’s name from Ireland, meaning “beautiful.” It is derived from the Gaelic word Cadhla, which implies “a beauty that only poetry can capture.”

Kiara – (KEER-ah) Kiara is a melodic Irish name meaning “dark” or “little” or “little dark one.” Another version of the name would be Chiara, Kira or Kiera.

Laoise – (lee-sha) The feminine form of Lugus, the Celtic god of commerce and craftsmanship. The name translated means “light.”

Leah – (LAY-ha or LAY-ah) In the Celtic, Irish and Gaelic language, the name Leah means “the light of the sun.” It is also derived from the Irish word “Ó Laochdha,” meaning “heroic.”

Leianne – (Liy-AEN) This name of Irish origin is a variation of Leiann and Leianna. It means a “lady of great beauty who is fair and radiant.”

Lorna – (LAORN-aa) This name was made famous after the novel Lorna Doone and means “forsaken.”

Maeve – (may-veh) The name, Maeve, means “intoxicating, exhilarating or causing a lot of happiness” and  was the name of the Irish warrior queen.

Maire –(maI-Ya or mai-a) The name Maire means “of the sea” or “bitter.” Alternate versions include Maura and Maureen.

Maolisa – (mail – issa) Means “follower of Jesus.” It’s a name first used by clerics as early as the tenth century.

Mairead – (Muh-RAId) A feminine name and the Irish variation of the name Margaret, which means “pearl.” Alternate spellings include Mairead, Máiréad, or Mairéad.

Meghan – (May-Gen) The name Meghan is derived from the ancient clan Meeghan, and means “brave warrior.”

Muireann – (mwir-en) The name Muireann means “sea white” or “sea fair” and comes from a mythical mermaid who was transformed into a woman by a saint.

Neala – (NIY-Laa) Neala is of Irish and Gaelic origin and means “champion.” It’s the feminine version of the name of Neal.

Niamh – (neeve) Niamh is an Irish feminine given name meaning “bright” or “radiant.” Niamh is the daughter of the god of the sea and one of the queens of Tír na nÓg, the land of eternal youth. Alternative versions include Neave, Nieve or Neve.

Oonagh – (oo-na) Oonagh is of Greek, Scottish and Irish origin, and means “pure” or “holy.” In Irish legend, Oonagh was the Queen of the Fairies. Can also be spelt Oona.

Orla – (OR-lah) The root form of the name is Órfhlaith, interpretable as “golden princess.” Variations on this name include Orlaith.

Quinn – (KWIN) The name Quinn means “descendent of Conn” and is one of the first Irish unisex surnames.

Sile – (shee-lah) The meaning of this girls’ name is “musical.”

Siobhán – (SHA-vaughn or SHI-vaughn) Siobhán is a traditional Irish name meaning “God is gracious.” One of many beautiful Irish names.

Toireasa – (toh-REH-su) The meaning behind this Irish baby name is “strong.”

Need some help picking the perfect baby name for your future little one? As a mom of two, I know how much time and energy goes into choosing the perfect name, so I’ve put together this free printable baby name workbook to help!

This 14 page workbook is designed to be printed at home, and used as a resource to help you pick the perfect name. Plus, I’ve included a bonus printable page, “Why We Chose Your Name,” where you can write down the story behind your little one’s name to put in their keepsake box or baby book. It’s especially helpful if you are picking a name for the first time!

Just enter your details in the box below, and it will be emailed over to you automatically!

Now onto the Irish boy names! There are many popular Irish baby boy names that are used all over the world, not just in Ireland! Ryan, Liam and Aiden are many of the classic choices, but there are also so many other unique Irish baby names, too. Read on for some great options for baby boys!

Aaron– (eii- ron) Means strength or inspired, and can also be spelled Ahren.

Aban – (AY-bahn) Aban means “little abbot” and was the name of an early Irish saint.

Aidan – (A-den) Little fiery one. Can also be spelled Aiden. One of the more popular Irish names.

Brendan – (BREN-dan) Little raven. It can also be spelled Brenden or Brendon. Would also make a great middle name.

Brosnan – (BROZ – NUHN) From Brosna or near the Brosna river

Darcy – (DAHR-see) Darcy means “dark man.” Thought of as a boy’s name in Ireland, Darcy is also a unisex name in other places.

Declan – (Deh-clin or Deck-lin) Meaning full of goodness, Declan was a saint.

Devlin – (DEHV-lin) The name Devlin can mean “fierce courage” but can also mean “misfortune” or “unlucky.”

Egan (EE-gən) – Meaning “fiery or forceful” or “the little bright-eyed one,” there are several variations of this Gaelic name. Alternate spellings include Eagan and Egon.

Finnegan– (fin-ne-gan or fi-nneg-an) Meaning fair, this Irish surname is often shortened to Finn as a nickname.

Galvin – (GAL-vin) The meaning is “sparrow”

Hagan– (Hhey-gaen) Meaning youthful, this name is often a surname and can also be spelled Hagen.

Irving– (EHR-ving) Meaning friend from the sea or handsome. Love this great meaning.

Keegan – (KEE-ghen) Little fiery one. Often a surname, meaning thinker, is also a unisex name. Alternate spellings include Kegan and Keegan. This is becoming a more popular boys’ names.

Liam– (LEE-um) Originally a shortened version of William, it means “strong willed warrior” or “protector.” It is one of the more popular boy names.

Niall– (NY-all or NEE-all)- This cute name means champion. Other spelling versions include Neil or Neal.

Tyrone –(Tih-roan) This name means “from the land of the Yew Tree.”

You might also enjoy: How Long After Implantation Can You Test for Pregnancy? 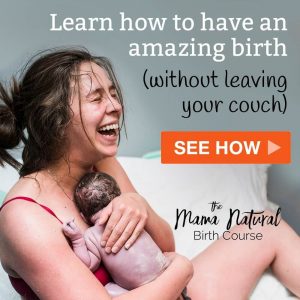 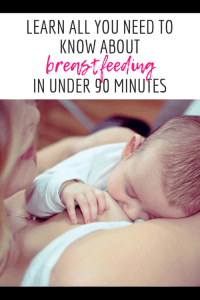